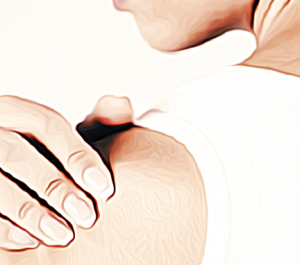 I have such bad luck. It’s like if something bad can happen to me then it will. I have a disability that causes me to blackout and fall to the ground without any warning. I won’t go into the specifics because it’s hard for me to talk about, but it’s really scary and causes me a lot of anxiety. It also causes me a lot of physical pain.

My last episode was when I was alone at a train station. I’m not allowed to drive in case I have an episode, but having one at the station was probably the next scariest thing. I could have fallen straight onto the tracks but luckily I fell parallel to the tracks onto my side. Seeing as I dropped without any idea I was falling, I wasn’t able to brace myself. I fell straight onto my left shoulder and caused significant damage.

Once I had recovered from my episode, which took a couple of days in hospital, I had to consult with a shoulder injury specialist local to Melbourne because I was in significant pain. It wasn’t immediately obvious when I was in hospital because I was on so many drugs to stabilise my condition. I was pretty much a zombie after my epsiode and just spent my time sleeping. Episodes take a lot out of your body because your whole brain is firing at once which it shouldn’t really be doing.

After my consultation with the shoulder injury specialist, it was clear that I needed a shoulder arthroscopy to see what the problem was. Because I obviously couldn’t remember my episode and the paramedics were only told by bystanders what had happened, the surgeons needed more information about my injury before operating. For those of you who don’t know, medical shoulder arthroscopy is basically where they insert a camera into your shoulder through a small incision to see a large amount of the shoulder. To find out more, tune into my next blog.