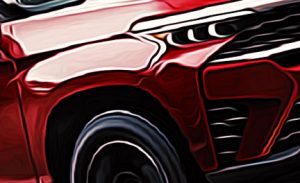 They came to an old homestead deep in the hills beyond Robotopia. It was in a poor state, with the garden overgrown with weeds, the roof looking as if it was about to cave in under its own weight, along with the lovely sight of rotting wood in the form of window frames and doors.

“What is this place?” Rylee asked as she climbed out of the ute.

“Used to belong to my grandparents, before they passed away a few years ago. Nobody ever comes here anymore, but I thought it might be a nice place to catch up. I know it’s a bit… dishevelled, but at least it’s peaceful.”

They spent a few minutes searching for a patch of grass in the garden that hadn’t been corrupted. Once they found one, Cole returned to the ute and searched through his tapered under tray tool boxes. Rylee thought it was weird that he had two of them, but Cole had always loved his ute accessories.

Her once fiance returned with a picnic basket and a rug. They set up together, Rylee hiding her surprise at the picnic as well as she could. When it was done, they sat beside each other like old times, enjoying the late afternoon and the delectable cheeses Cole had brought along.

After a while of comfortable silence, Rylee tried to bring the conversation back to something she’d mentioned before. “So, as I was saying about you starting a business for ute canopies around Melbourne…”

Cole held up a single finger, silencing her. “Please, love, allow me. I have something much more pressing.”

“What is it?” Rylee asked, cocking her head.

She could hardly believe her eyes as Cole shifted forward, resting on one knee. From his coat, he produced a brilliant sapphire ring.

“Rylee, will you marry me? For real this time.”

And not for the first time that day, Rylee was completely lost for words.