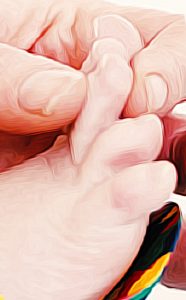 My child is the awkward kid in their class. I know it is probably bad to say, but I find it adorable. My son is eight years old and he’s a little nerdy kid who already wears a retainer and has glasses. His school uniform is also a hand-me-down from his older brother who was a lot taller and bulkier than him. That’s not to say my youngest son is short, he’s just shorter and a bit more on the lanky side. Unfortunately, that means he’s swimming in his clothes. I don’t mean to send him to school looking like a nerdy, but sadly we’re not in a position right now to buy a new set of school uniforms. Besides, I’m sure in the next year or so he will grow into his uniform.

One thing I’ve started to notice in my son is that he is starting to angle his feet quite weirdly when he stands or walks. He will also have a tendency to walk on the sides of his feet. It’s absolutely bizarre! It doesn’t look one bit comfortable, yet for some reason, this is how he chooses to walk. I can’t get my head around it. I spoke to the highest-rated podiatrist in Cheltenham for some advice. I’m really worried that this way of walking will really affect my son’s physical development long term to the point he ends up having muscular or skeletal problems. The podiatrist gave me some really helpful advice to try to rectify this issue. We’re going to avoid sending my son to a rehabilitation clinic just yet as we feel he is a bit young for this and the issue isn’t serious enough. Instead, we’re going to look into some children’s orthotics. Cheltenham’s best podiatrist seemed to be under the impression that this would be enough to help the issue. We’d only consider rehabilitation if we saw the issue persisting or getting worse. I just worry for my son as I worry these shoes will make him look even more nerdy! In my eyes, he will always be adorable of course.