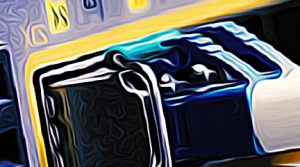 There have been some pretty crazy storms recently. Last night when they began I was initially asleep but the wind was so loud that it woke me up. It sounded like a genuine tsunami outside – the windows were all shaky, the bricks seemed to rattle, and bits of leaves and smaller branches were falling from the trees and scattering themselves all over my roof. It was actually a little bit scary. Although, the scariest part would have to have been when there was a large gust of wind that completely shook my house and caused my television to fall off the wall and break on the ground.

Earlier today I had to go through the whole long and complicated process of finding one of the best TV wall mounting services Melbourne has to offer, so they can install a new television for me. After talking to one of the representatives over the phone, I learned that the previous installers must have done a pretty shoddy job. This is such a rare occurrence that can only be caused by poor installation practices. I’m definitely going to ring up my previous installers and give them a piece of my mind.

Something else I have to start thinking about is contacting a commercial phone line and broadband expert. My internet has been crazy slow since the storms last night, and I don’t even have any reception on my phone at all. I had to go to my friend’s house several streets away from me to borrow her phone to contact all the installation services. It’s so unfair that my house has no power but she barely noticed the storm at all. I’m not sure how I’m going to afford all of this. Hopefully, insurance covers most of the costs of the storm’s damage, but I do have a pretty low level of insurance so I might have to pay out-of-pocket. We’ve lived out of home for three months now and seriously, it’s great. It’s exactly how we all imagined it and we are like our own little family. We are now closer than ever and I get to see my family enough so I don’t feel like I’m missing out on being with them or anything. That was the main thing I was worried about. I love my family so much and I used to get really sad at the thought of not seeing them every day. Sometimes I’m still sad that I can’t easily just give my mum and dad a hug or know for a fact that they’ll be there to protect me if anything goes wrong.

On that point, I’ve actually pitched the idea to the girls of us getting a CCTV camera. I’m often here alone because two girls work the night shift and the other girl is often at her boyfriend’s, so I get a bit scared sometimes. I’ve looked into it and residential CCTV installation for Melbourne homes isn’t actually that hard to do and is relatively inexpensive. Especially when you consider the fact that it could save us money on damages if an intruder tries to visit and will let us keep an eye on who is around. It’s just the little things like this that you have to consider when you live in a house full of girls. It’s not really the safest thing to do in Melbourne because of this, that and the other.

To sweeten the deal, I’ve heard that the company that does CCTV installation will also help us enhance our wifi signal at home. That would be good because our internet has been running slower than usual for the last couple of weeks. We don’t want to be hindered by slow internet speeds and we also don’t want to have to deal with any intruders. It will be good to know who is near our property before it’s too late.