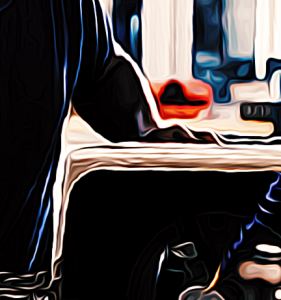 I wish I didn’t have to get the train everywhere. It makes my life so difficult. As a tradie, I’m the type of person who actually genuinely needs a car to be able to get around. Getting public transport to jobs at 5:00 am in the morning just isn’t sustainable and I’m really feeling the effects of it now.

For example, today I had to go and pick up materials from the local steel suppliers near the Melbourne CBD. I had to do that before I got to work because my boss really needed the steel. Do you know how hard it is to carry 30 tonnes of steel on the train from Frankston to the CBD? It’s probably one of the hardest commutes to work that I’ve ever had. I had to take up a whole six-seater on the train to keep all the steel near me. It was practically impossible and I was getting several angry glares from morning commuters for the whole sixty-minute journey. I just tried to keep my head down because it sucked so much.

Why don’t I have my licence? How hard could it actually be to get it? Why have I never tried? I know for a fact that I need it and that I’m making my life miserable by not trying. Any of the other boys would have been able to put all the steel in their work trucks at the start of the day and take it to the job. It would’ve been painless, other than the fact that they had to get up extra early to visit the professional steel fabricators. Melbourne CBD jobs are annoying in the sense that they are a lot further away than the jobs we normally do. We normally work in the southeastern suburbs, rather than the CBD. Any jobs that pop up in the CBD make me groan out loud. Oh well.