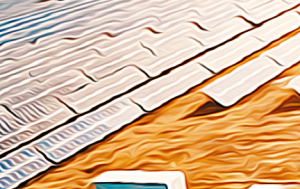 They stormed down the corridor, looking for any way to get into the basement lab mentioned by the two men Maphira had eavesdropped on in the break room. Vai checked everything on the left, while Maphira checked the right. Eventually, they came across a door with a bright sign above it.

That had to be it. Maphira tried the door, shocked to find that it wasn’t locked. No code needed, nor key. They made this way too easy. She waved Vai through first, then pulled the door closed gently behind her.

The grey walls made the new hallway seem even smaller than it actually was, but Maphira shoved away her mild claustrophobia and followed Vai. Eventually, they came to another door, this one with a clear speaker system. Another verbal password.

Vai stroked her chin, deep in thought for a moment. “How do I get solar energy information?” she said, and the door slid upwards, revealing the expansive lab beyond.

The only light came from screens and devices emitting green, giving the space a sickly look. Dozens of researchers and scientists moved about or sat at desks.

When the awe faded, Maphira placed a hand on Vai’s shoulder. “How did you get the password right on the first try?”

“Overheard some idiots say it in the break room. Just had to remember what it was. These guys have really got to increase their security.”

“No kidding. Alright, let’s split up and see what we can find.”

Fifteen minutes later, Maphira had her USB in one of the computers, transferring a large PDF titled: Plan to Take Over the World and Other Nefarious Schemes. She figured if that didn’t have all the details on their connection to the Conclave, nothing would.

Unfortunately, she was starting to suspect that she maybe owed Vai one-hundred dollars for a lost bet.