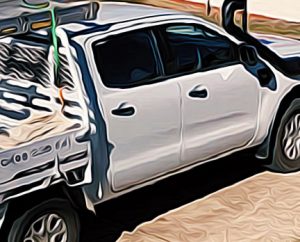 If I’m being honest, life isn’t easy. There just seems to be so many hurdles to get through that it makes every day an absolute struggle. Don’t get me wrong; there are moments where life is great. I call those the moments between the hurdles, when you’re free and running forward. Another hurdle always comes up though, that you have to slow down for and get over to be able to run free again. My current hurdles are all centred around work.

Work is causing me a lot of pain for a number of reasons. Firstly my boss treats me pretty poorly because I’m an apprentice and apparently that’s how it has to go. I don’t really subscribe to the whole idea that the bottom of the work hierarchy has to be treated badly, but I haven’t kicked up a fuss until recently. The reason I kicked up a fuss is because I had just got a new 4×4 aluminium ute canopies installation on my truck and my boss came up to it on Monday morning and kicked the canopy in. He had steel cap boots on and obviously used a lot of force, which made him fully dent my canopy. I watched in disbelief. Getting the ute canopy installed cost me quite a bit of my savings and I got it done so that I’d be more efficient at work. Then my boss comes in and damages it. THEN, he laughed about it. I was extremely upset.

I think to get over this hurdle I’m going to start applying for jobs elsewhere. I still want to be a tradie, but I want to work for a boss who won’t destroy my new ute toolbox installed in Melbourne as soon as I rock up to the worksite.

I’ll update you all on how the job search is going in the coming weeks. It’s a pretty hard time to get a job, unfortunately.