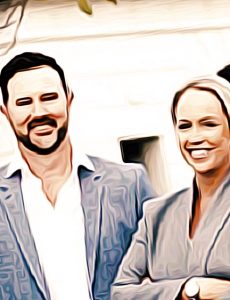 I convinced my friends to chat with a buyer’s agent! It took a couple of weeks of us really struggling with the housing market, but I did it. I brought it up when my friends were pretty down in the dumps. They were feeling the feelings that so many people just a bit older than us have felt – the betrayal of the Boomers as they ruined the property market for everyone younger than them. I didn’t want to take advantage of their hopelessness, but it was for the best. I’m happy to say that they believed me.

Next week we will begin discussions with the local buyer’s agent in Malvern East. We’ve already sent over a list of everything we’re looking for in a home, which is rent of less than $200 each per month, an outdoor area, a dishwasher and ideally two bathrooms. The rest we’re pretty flexible on. We don’t necessarily care about having an ensuite or built-in robe.

I hope that this sort of thing is easy enough for the buyer’s advocate to work with. We don’t want to be a pain but we really want to be settled into our house in three months time.

I hope our conversation with the property advocates close to Melbourne goes well. It will make such a big difference to us if it does. The thought of getting to see my best friends every day makes me so happy. Instead of texting them about my boy drama, I’ll be able to just go into their rooms and flop on their beds. It’ll seriously be like a never-ending sleepover. It’s also perfect because they’re the type of people that I can sit in silence with for hours and not feel awkward at all. That’s when you know you’re best friends.

When we have another update on our house situation, I’ll let you know. Bye for now! Don’t forget to smile.