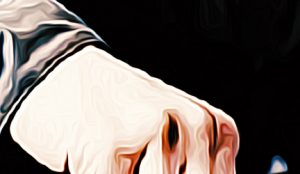 ‘Yeah, yeah,’ I fumed, punching the console, cutting the voice off. ‘I’m aware.’

If the red lights and the alarms weren’t enough, the smoke filling the cabin would have been clue enough that something was seriously, seriously, wrong with my engine.

I flicked on the auto-drive and slipped out of my seat, running to the other end of the vehicle. I grabbed a wrench off the wall as I ran past, hoping it was the right size for whatever I was about to do.

‘What I wouldn’t give for an engine analyser to diagnose my vehicle right about now,’ I muttered. Taking a deep breath, I opened the door to the engine room, and was immediately blinded by smoke.

Hacking and coughing, I desperately tried to bat it away with my arms.

‘Computer!’ I called out. ‘Activate the exhaust fans!’

Nothing happened, and I remembered that I’d turned her off back in the cabin.

‘Dammit,’ I swore. I glanced around and saw a pair of safety goggles, dangling on the end of a drill. I quickly slipped them over my eyes. Breathing was still touch-and-go, but at least now I could see.

It didn’t take me too long to diagnose the problem: my engine was on fire.

‘Definitely should have gotten that log book service near Adelaide last month,’ I sighed, reaching for my fire extinguisher. I pointed the nozzle at the engine block and squeezed my eyes shut, pulling the trigger.

Why was nothing happening?

I remembered with a start and a groan, slapping myself on the forehead. I’d used the extinguisher up on the last engine fire.

I swore again, and sprinted out of the engine room, back at my dashboard and its hundreds of blinking lights. I whipped the radio out of its holster and pressed it to my mouth.

‘Mayday, mayday, this is the Isadora, driving in the blind with my engine on fire, repeat, my engine is on fire.’