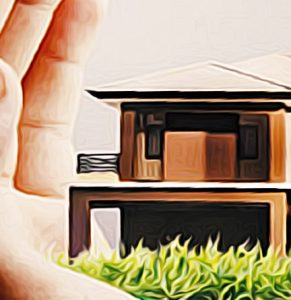 Somewhere in the depths of Melbourne gathers a secret sect, a powerful group, a conclave that hides in the shadows, waiting to enact their plots. This group is known as the Advocates of Melbourne. This is their story.

The Advocates formed a special alliance in the year 2020, after the mad tyrant known as Premier Norris declared that all conveyancers and buyer’s agents would help him find his dream home for free. Not wanting to assist the mad premier, the group fled to the sewers of Melbourne. There, these people would unite together to be the ultimate sect of property advocates. Melbourne and its premier, Norris, would not stand a chance against their united power. One man, an up-and-coming buyer’s advocate by the name of Riley, would lead them in a secret battle against the corrupt premier.

The battle was fierce and relentless. For three days, the premier’s guards and the advocates fought beneath Government House. And just when it seemed that hope had run out for the property advocates, Premier Norris lost the election to Dr Dark McBane. As Norris fled to the countryside, Riley met with McBane to discuss a potential treaty. But McBane had other ideas for the Advocates of Melbourne. He proposed to Riley that he could be the only buyer’s advocate close to Elsternwick, having dominion over the area. This was a deal that Riley could not refuse, so he turned his back on the Advocates of Melbourne and joined McBane.

Ever since this betrayal, the other members of the Advocates of Melbourne have been plotting their revenge. While they have been branded as a sinister group by some, all they want is for Riley to face justice, so that they can return to the streets of Melbourne and serve the community as the best property advocates around. To some, they may be villains, but to me, they are the true heroes of this story.